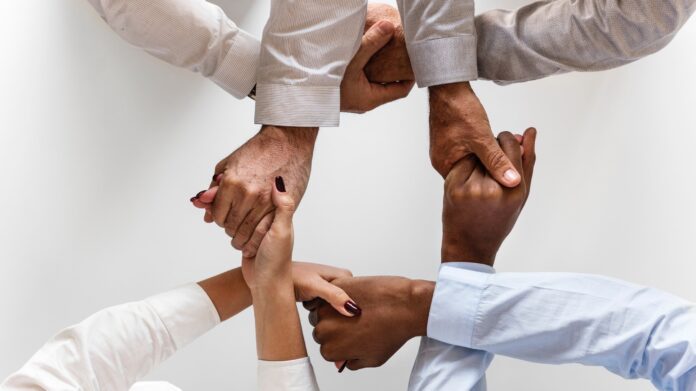 Ubuntu is a philosophy from Africa that emphasises “being human through other people.” The phrase “I am because of who we all are” expresses it succinctly. It is about bonding with others. Ubuntu is derived from the African languages Nguni and Bantu. The word represents humanity in the Zulu language of South Africa. This meaning can also be found in other languages. The word unhu means the same thing in Shona, a Zimbabwean language. As a philosophy, it is attributed to African blacks, particularly those from Sub-Saharan Africa.

Individual social work aims to restore function to the lives of dysfunctional people. Several tenets of Ubuntu support the accomplishment of social case work. In gerontology, it is the responsibility of children to care for elderly members of the family in African settings. A child with unhu looks after their family, whether they are close or distant. In Shona, the phrases kukura kurerwa and chirere chichazokurerawo proclaim that everyone grows up as a result of the efforts of others, and that everyone should contribute to the development of others in the same way. A person with unhu respects elders in particular. In Botswana, this value is emphasised.

Social work with groups employs the group as a strategy for resolving social problems. Groups are an important part of African society. The ubuntu spirit is what holds groups together. However, group work in social work is intended to bring people from diverse backgrounds together to solve problems through group processes. This appears strange in an African context because most problems are resolved within the family rather than with aliens.

It takes a village to raise a child in Africa, or as the Malawians say, mwana wa mnzako ngwako yemwe, ukachenjera manja udya naye. There is a strong emphasis on community. Ubuntu is more relevant in the context of community-based social work. Unhu suggests that the community exists as a whole.

Cooperation and collaboration are key principles in community work. In Zimbabwe, and possibly elsewhere in Africa, the concept of zunderamambo is based on Ubuntu values. The concept entails community members cooperating to grow food that is stored by the king for distribution to those in need.

We must treat each other equally because we are all of the same species. The ability to treat others well demonstrates your humanity, particularly toward the vulnerable. Cannot elevate oneself above others because of minor differences or act in a way that is harmful to another.

Empathy and Compassion: Individuals must be considerate, empathetic, and compassionate to others in order to uphold the equality tenet. Individuals must maintain a positive attitude toward others and act in a way that is sensitive, generous, and beneficial to all.

Professor Lovemore Mbigi, an African management author, argued in his book Ubuntu, The African Dream in Management that service quality is determined not only by what we do for the client but also by the spirit in which we provide the service. Mbigi went on to investigate the use of Ubuntu in affirmative action and marketing management. Ubuntu represents the essentialist perspective of African culture in African management, a homogenising concept that binds Africans together. Mbigi and Maree (1997) argued that Africa must draw on indigenous cultural practices to improve management, effect transformation, and increase competitiveness. They observed that some Ubuntu values, such as collectivity, solidarity, acceptance, dignity, and hospitality, are critical to managerial success.

One of the main criticisms of Ubuntu is that it prioritises the collective over the individual. The issue with this is that it appears to compel a sense of community at the expense of an individual’s well-being. This can create an environment in which people perceive a restriction on their personal freedom and feel obligated to be loyal to the group without questioning much of the group’s authoritative powers or changes.

You could also argue that Ubuntu is not best suited for businesses because they tend to pursue profit maximisation strategies, which usually entail cutting costs wherever possible and exploiting workers, both of which are obviously contrary to the meaning of Ubuntu.