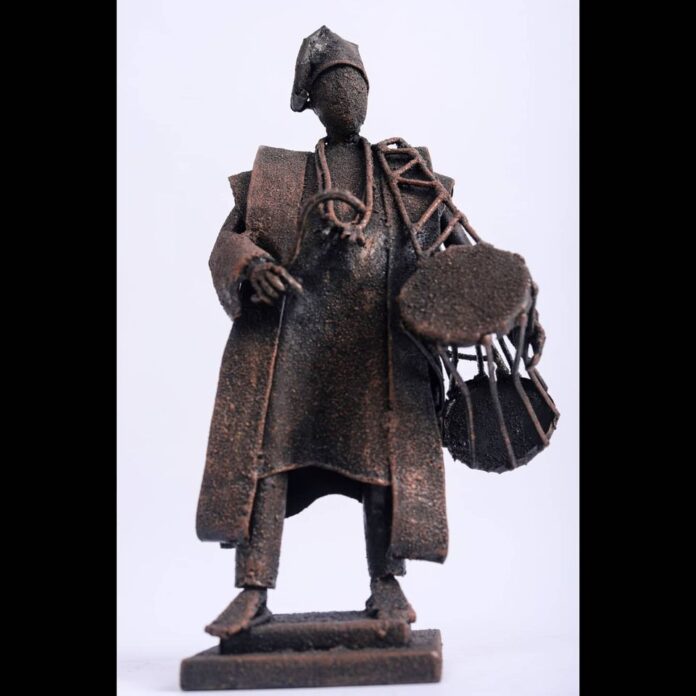 At the re-introduction of democracy into the Nigerian political space in 1999, Tunde Kelani, alias TK exhibited his ever-present magic wand over the television screens of Nigerians home and abroad. Not only did TK stake his claim as one of the best producers and directors to grace Nollywood, he advanced his claim as a creative genius who wished to baptize his works in the pool of immortality.

TK, in the process of immortalizing his works, aggressively, hit the screens of Nigerians with a blockbuster movie he titled: Saworo Ide. Brass Bells revolves its story around an ancient hamlet known as Jogbo.

That hamlet boasts of inhabiting an arrogant, money mongering, self centered dictator who lives in opulence, rules with iron fist, and doesn’t give a hoot about the economic conditions and the social well-being of those he’s to preside over as a ruler, neither do his chiefs who concern themselves with their pockets and policies that are favourable to them alone before he’s killed and dethroned by another selfish military leader, Lagata, who meets his untimely death at the hands of Saworoide.

However, I shall look beyond the theme of the evils of monarchy, militocracy, bad leader, bad governance, bad council, corruption, high handedness, inability to be diplomatic and its ripple effect on a kingdom, state, and a people at large which are all embedded in the movie.

With the help of Wikipedia, I shall minimally focus on his historical allusion to Ayangalu, who’s the custodian of Saworoide (the talking drum) depicted in the movie.

According to Wikipedia, Ayangalu is believed to have been the first Yoruba drummer. Upon his death he was deified, and so now he is counted among the ranks of the Orishas. It is believed by followers of the Yoruba religion that he is the patron spirit of all drummers, and that in the guise of a muse he inspires the drummers to play well. The word “Ayan” means drummer in the Yoruba language. This is why some Yoruba family names contain the prefix Ayan, such as Ayanbisi, Ayangbade, Ayantunde, Ayanwande etc. This prefix marks its bearers out as hereditary custodians of the mysteries of Ayangalu.