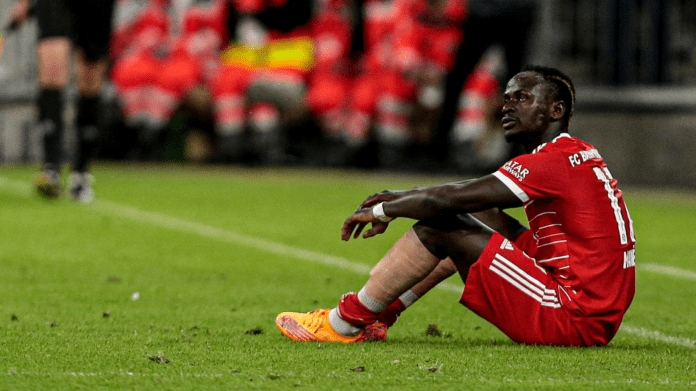 Senegal have announced that Bayern Munich forward and their star attacker, Sadio Mane, has been ruled out of the 2022 world cup.

Senegal team doctor, Manuel Afonso, in a video on the official Senegal Twitter account, disclosed the extent of the injury which he sustained against Werder Bremen during a German league game on November 8. He said: “Unfortunately, today’s [Thursday] MRI shows us that the improvement is not as favourable as we imagined and unfortunately, we have to withdraw Sadio from the World Cup.”

Before the disclosure, the majority of Senegal’s World Cup squad had arrived in Qatar, Sunday, with high hopes that Mane would lead the attack as soon as he got fit. Prepared to face the Netherlands in its first game in Qatar on Monday, the team will now have to do so without any hope that the talismanic forward would join them before the tournament ends.

Senegal hosts Qatar four days after playing the Netherlands. On November 29, it will play Ecuador in its final Group A game.

Mane has been the team’s talisman, scoring the game-winning penalty in the Africa Cup of Nations final in Cameroon in February and securing World Cup qualification six weeks later. They defeated Egypt on post-match penalties on both occasions.

Mane, 30, has won the African Footballer of the Year award twice.

With the absence of Mane, Lions of Teranga, would have to count on the following players to bring home the trophy.

A cataclysmic occurrence that left no fewer than 15 persons dead had, yesterday, rocked...
Around Africa

WHO renames Monkeypox over racism concerns

Henceforth, Monkeypox will be referred to as 'mpox'. The renaming of the disease by the...

A cataclysmic occurrence that left no fewer than 15 persons dead had, yesterday, rocked...
TodayNews