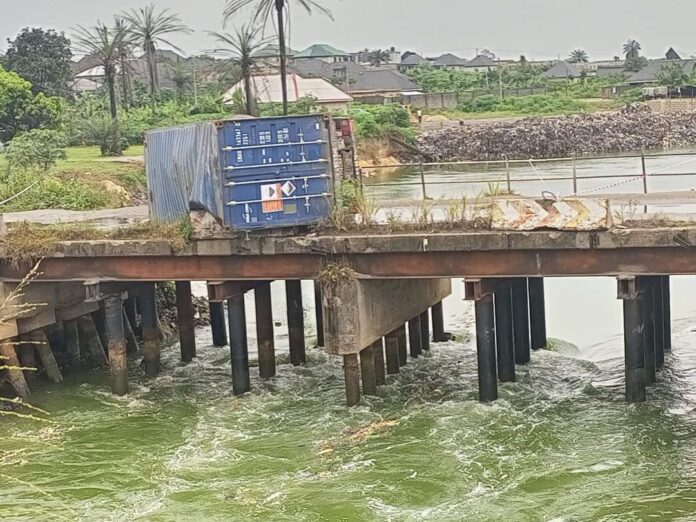 The contract sum for East-West road, from Warri to Port Harcourt, Eket and Oron, has been increased by N260 billion, bringing the total amount from the original N246 billion to N506 billion.

Recall that on Friday, October 14, at least people died after a 40ft container fell on Aleto Bridge, around the Eleme axis of the East-West road in Rivers State. The container was said to have knocked two smaller vehicles, into the River during the heavy rainfall.

This was part of the decisions reached at the Federal Executive Council’s meeting presided over by Vice President, Yemi Osinbajo, at the Presidential Villa in Abuja, on Wednesday. 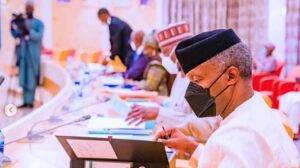 In addition to the variation, the council approved N140 billion worth of contracts for the rehabilitation, construction and reconstruction of some other roads in different parts of the country, including the East-West road affected by the recent flooding occurrences in the Niger Delta.

Briefing State House Correspondents, Senior Special Assistant to the Vice President on Media & Publicity, Laolu Akande, explained that the variation followed a memorandum presented to the council by the Minister of Works and Housing, Babatunde Fashola, as part of efforts to provide succour and resolve issues around the recent floods.

According to Akande, FEC also ratified the construction of Gogora Guru road at N40bn and the rehabilitation of the 90 kilometre Buni Gari Gulani road costing N4bn, both in Yobe state and with a completion period of 36 months.

Similarly, approval was given for the urgent repairs of Water Cooperation Drive at Trinity Avenue, Victoria Island in Lagos State, in the sum of N2 billion with a completion period of 36 months and the dualisation and reconstruction of the Kano-Kwanar-Ganja-Hadejia road in Kano and Jigawa states in the sum of N94bn, with a completion period of 24 months.

RIPPLE EFFECT OF THE APPROVALS.

Ogoni Youths in Rivers State have called off their planned protest for today over the bad section of the East West road.

The suspension follows the approval of an increase in the construction cost of sections 1-4 of the East-West road from N246 billion to N506 billion by the Federal Executive Council.

President General of Ogoni Youth Federation, Comrade Legborsi Yamaabana, who announced this on Wednesday evening, said the advocacy of the group has yielded fruit. 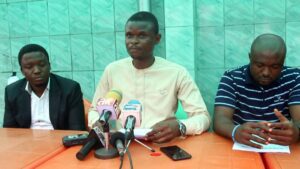 He however urged the contractor handling the project, Reynolds Construction Company, to immediately mobilize equipment and men to the site and begin work.

In the same vein, the Independent Petroleum Marketers Association of Nigeria, IPMAN, in Rivers State has also abandoned its planned suspension of lifting of petroleum products due to the deplorable condition of the Eleme section of the East West road.

Chairman of IPMAN in the state, Comrade Joseph Obele, in a statement, commended the federal government on the approval of the contract sum variation, just as he lauded the Eleme Council Chairman and youths of the area for their constant agitations for the repair of the road.