HomeLatest NewsDJ Cuppy is off the single market

DJ Cuppy is off the single market 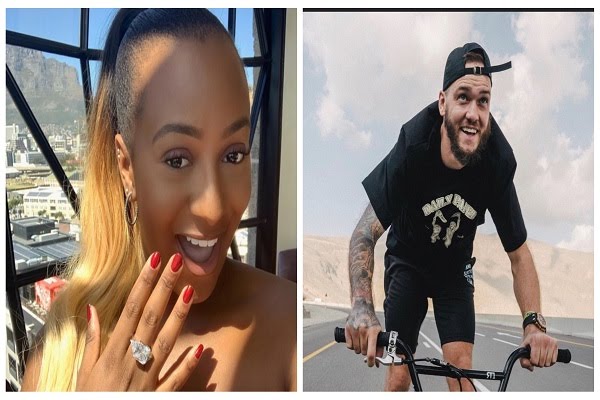 She got engaged to a British boxer and YouTuber, Ryan Taylor, few days after her 30th birthday.

The beautiful and surprise engagement which happened on stage at a Gumball award night in Dubai has left fans shocked, especially with her recent lamentations of her single status.

After getting the ring, the love birds kissed while Bruno Mars’ ‘Marry You’ played.

Cuppy and Ryan are yet to post any pictures or videos of the engagement on their social media pages.

This is coming barely six months after her younger sister, Temi, got engaged to singer, Mr Eazi.