DJ Cuppy gets big gift from dad as birthday surprise 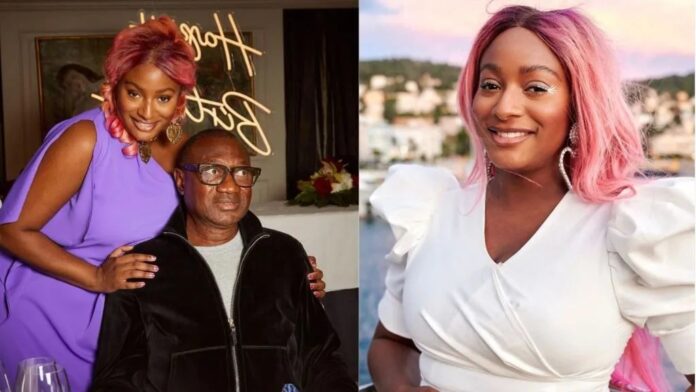 Florence Otedola, daughter of Nigerian businessman, has received a country house as a surprise birthday gift from her billionaire father, Femi Otedola.

In the conversation, Cuppy had accused her father of forgetting her 30th birthday to which the billionaire replied that such could never happen.

He also informed his daughter that he had instructed one Andy at Berkley Bank to purchase a country house worth £5,000,000 in her name.

Otedola added that he could not think of a more befitting present for Cuppy as she has always made him proud.

“Can’t think of any other befitting present you deserve for this special birthday. You have continuously made Papa proud year by year and have been a blessing in my life.”

In a related development, Cuppy took to her Twitter page to reveal that someone she’s not interested in bought her an expensive gift on her day.

She tweeted: “So this guy bought me a Rolex for my birthday…and I STILL don’t have time for him.”

Former Big Brother Naija season six housemate, Tega Dominic, in a comment on a popular blog on Instagram expressed that she still loves her own father despite not getting such a lavish gift.

She wrote: “I still love my papa sha.”