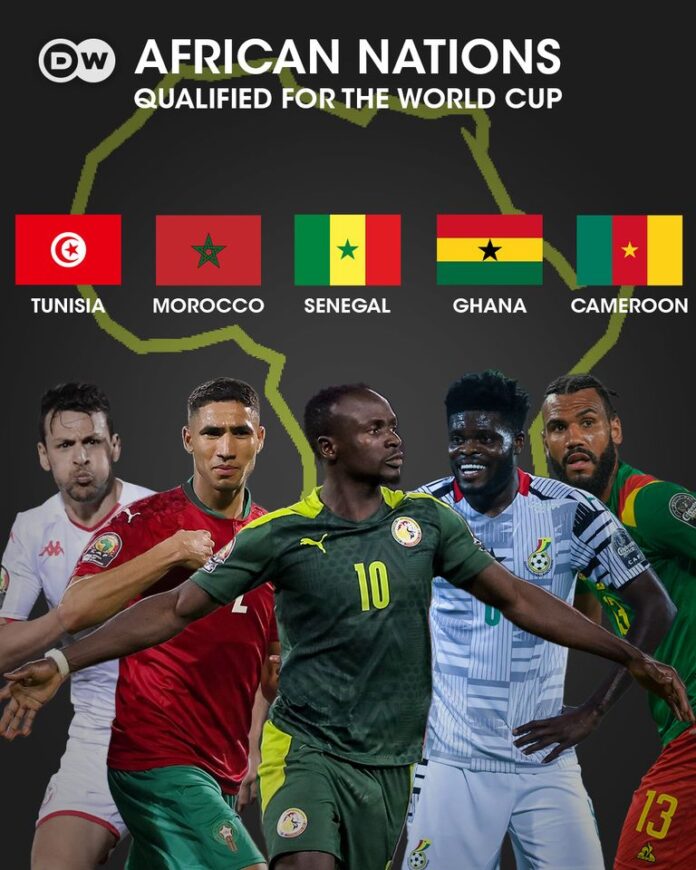 While it is clear that Africa has largely underachieved on the global stage, some of her representatives have put in strong performances at World Cups.

Here are some of the more impressive outings by African countries.

Despite controversially failing to advance beyond the Group Stage, Algeria made history in two ways.

First, they became the first African team to defeat a former World Cup champion, defeating an arrogant Germany 2-1 in the opening match. Second, despite winning two of their three matches, the manner in which they exited prompted FIFA to change its round robin scheduling rules.

Algeria believed they had done enough to advance after shocking Germany and beating Chile 3-2. However, Austria and Germany played out a cooperative, disgraceful 1-0 result in the final group match, ensuring that they both qualified instead. The public in Gijon could see it as well, and they protested by waving white handkerchiefs.

Although they did not advance, the Algerian team of Rabah Madjer, Lakhdar Belloumi, and others captured the imagination. Following the injustice they experienced, FIFA mandated that all final group matches be played simultaneously.

The Indomitable Lions established the gold standard of African World Cup performance in 1990.

They made their intentions clear early on, defeating reigning world champions Argentina 1-0 in a brutal, hard-fought match before defeating Romania to advance to the Round of 16. They then beat Colombia in extra time thanks to the quick thinking of star forward Roger Milla, becoming the first African country to reach the World Cup quarter-finals.

There, they led England 2-1 going into the final 10 minutes before committing two penalties either side of the full-time whistle, resulting in an extra-time defeat.

Cameroon delivered a brilliant performance, introducing the world not only to Milla’s dancing, but also to the steel and flair embodied by Emmanuel Kunde, Cyrille Makanaky, and Francois Omam-Biyik.

The Super Eagles only advanced to the Round of 16 in 1994, but their expansive attacking style and skill on the ball won them hearts. Nigeria scored in every match in their debut appearance, topping a group that included a Diego Maradona-led Argentina.

After shaking off the jitters, Clemens Westerhof’s team defeated Bulgaria 3-0, with Rashidi Yekini’s iconic celebration for the opener becoming one of the tournament’s defining images. After narrowly losing 2-1 to Argentina, they outplayed and outpointed Greece 2-0 to advance to the Round of 16.

Nigeria took the lead against Italy thanks to Emmanuel Amuneke, but injuries to the winger and Daniel Amokachi significantly weakened the Super Eagles. Roberto Baggio scored late, equalising with a minute remaining and then winning from the penalty spot in extra time.

The manner of their exit was painful, but the Nigeria team demonstrated their talent and daring.

Senegal made their debut in 2002, and no one could have predicted how far they would eventually go.

Despite a difficult Group Stage draw, the Teranga Lions began their campaign in spectacular fashion, defeating reigning world and European champions France 1-0 in Seoul. They then came from behind to tie Denmark 1-1 before drawing 3-3 with Uruguay in a tense match in which Senegal surrendered a 3-0 half-time lead.

Sweden was up next, and the Teranga Lions once again came from behind to win 2-1 thanks to Henri Camara’s golden goal, becoming only the second team to reach a World Cup quarterfinal.

Senegal eventually succumbed to fatigue when confronted with Turkey. They weren’t at their best, but they fought hard before falling to Ilhan Mansiz’s half-volleyed winner in extra time.

It was a run that brought the attention of the world to Senegalese football, with players like El-Hadji Diouf, Papa Bouba Diop, and Camara shining and securing big moves abroad as a result.

Ghana achieved the same milestone as Cameroon and Senegal, but in their own unique way. The Black Stars were defensive, organised, and counter-attacking, and it propelled them to the brink of history.

After a 1-0 win over Serbia and a draw with Australia, a 1-0 loss to Germany did not derail Ghana’s progress to the Round of 16 against the United States. Ghana took an early lead against the Americans, but was pegged back in the second half before winning in extra time thanks to star striker Asamoah Gyan’s powerful finish.

This set up a final-eight meeting with Uruguay. Once again, Ghana led, but the opponent equalised late in extra time, when Luis Suarez parried a goal-bound header on the goal line. He was sent off for this offence, but Gyan smacked the resulting penalty against the crossbar. After 120 minutes, missed penalties by John Mensah and Dominic Adiyiah broke Ghanaians’ hearts. 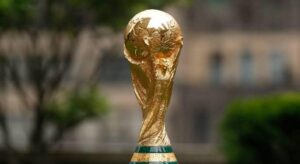 The action begins on November 20th, when the host, Qatar take on Ecuador, with the final scheduled for December 18th.

Cameroon, Ghana, Morocco, and Tunisia will compete in the tournament, which will be held for the first time in the Arab world.

Speaking of African chances in the forthcoming world cup, African Footballer of the Year in 1994, Emmanuel Amuneke, said Senegal and Morocco represent the continent’s best chance of success in the Middle East.

He said: “The five teams have been tested enough in recent friendlies and they know they must first come out of the group before thinking of a semi-final ticket, one step at a time will do. The tournament in Qatar is a great opportunity for African teams to fix what happened in Russia when no team progressed into the second round.”

In a similar manner, Zakuani said: “I think there’s always a wildcard at the World Cups. I fancy Senegal to get to the semi-finals. A lot of people may look at me like I’m crazy but for me, Senegal are the team that can shock everyone this time around. The five African teams will definitely be out there to compete. I don’t think they’ll be there to make up the numbers. There’s a lot of promise and talent.”

Group A: Senegal will compete against the hosts, Qatar, the Netherlands, and Ecuador.

Group D: Tunisia will compete alongside defending champions France and Denmark, as well as Australia.

Group F: Morocco will compete against Canada, Belgium, and Croatia.

Group G: Cameroon will compete against Brazil, Switzerland, and Serbia.

How GOAL grades the continent’s representatives

Some things have changed since their Nations Cup victory in February, with both starting full-backs (Bouna Sarr and Saliou Ciss) expected to miss the finals, Keita Balde banned until December, and the form of key players such as Sadio Mane, Kalidou Koulibaly, and Edouard Mendy being called into question.

Surprisingly, these haven’t been a problem in recent friendlies, with the African champions defeating Bolivia 2-0 and drawing 1-1 with Iran.

Many were surprised when Vahid Halilhodzic was fired in August, just three months before the Atlas Lions’ first game against Croatia on November 23.

Despite guiding three countries to the World Cup finals, the Bosnian has been dropped by three of them: Ivory Coast, Japan, and Morocco. Regragui will lead the North African country to Qatar.

Morocco’s change means that for the first time in the competition’s history, all five of the continent’s sides will be managed by native coaches.

While the Atlas Lions’ post-Afcon form has been outstanding, the managerial change has observers wondering about their prospects.

On the one hand, you’re not inclined to be pessimistic after Tunisia’s 5-1 thrashing by Brazil, who were likely pre-tournament favourites, especially given the North African team’s form since the Nations Cup.

However, the naive and unforgiveable pressing and defending against Tite’s crew left a lot to be desired.

With the stakes so high, the Eagles of Carthage cannot afford such schoolboy tactical errors against top-tier opposition in Qatar, which includes France, Denmark, and Australia.

Rigobert Song’s team appears to have arrived in Qatar through good fortune rather than significant tactical acumen. The Indomitable Lions defeated Algeria at the death in the playoffs, prompting Djamel Belmadi to yell.

The defeats of Cameroon by Uzbekistan and South Korea have done little to dispel those doubts about the Central African country.

Otto Addo’s most difficult task was to integrate the team’s new players who had pledged allegiance to the Black Stars.

Ghana’s combination of experience and youth inspires optimism, but the lack of goals in their forwards may jeopardise the Black Stars’ chances at the quadrennial showpiece.