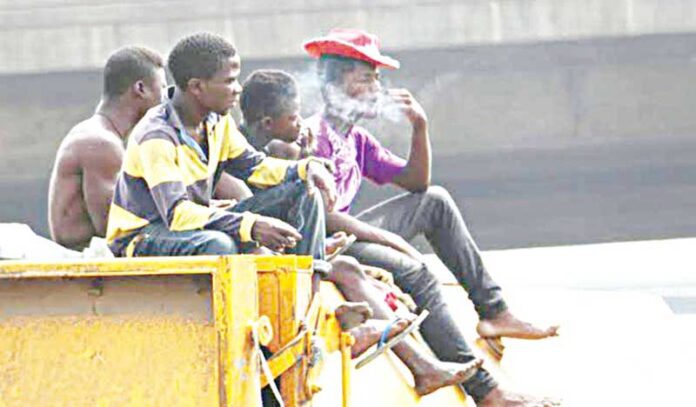 The 2023 election is fast approaching. With less than a hundred-day to go, so much is expected from the Nigerian youths whose revolutionary actions during the hijacked Endsars protests that rocked specific states across the nation, signaled the birth of a generation willing to take back an ailing country.

A personage who is currently enjoying the massive support of this group is the Labour Party’s Presidential Candidate, Peter Obi, whose stewardship as the governor of Abia State, an economic hub in the South-Eastern part of Nigeria, has earned him the admiration of the soro soke youths.

However, while many are of the belief that in 2023, the youth would make their voice heard in an attempt to transform the Nigerian political landscape, the Chairman of the National Drug Law Enforcement Agency, NDLEA, Brig. Gen. Mohammed Buba Marwa, retd, has urged Nigerians not to be too optimistic, noting that the youth might not make the impact that people envisaged in the 2023 general election on account of drug abuse.

Speaking on the upsurge in drug usage among youths and its implication on the 2023 election, Consultant Psychiatrist and Medical Doctor, Tranquil and Quest Behavioural Health, Dr. Nkemamolam Ndiomuka, said it might be similar to the prevailing situation in society.

According to him “there is going to be a lot of thuggery, and we know that the politicians thrive with the use of thugs. They will instigate them to do all sorts of things, and some of those things the youth cannot do in the right state of mind. So, they need to take drugs, it is just like cultism in school. Most people initiated into cultism are through drugs.

“Because of the nature of the election, which is a general election. A lot of people will be interested to win and to do that they have to do some certain things like getting the youth to work for them, such that they will need to charge up with all sorts of performance or mood altering substances for them to do what they will be asked to do.

“The government cannot regulate the human body but then, the law enforcement needs to prosecute those who go contrary to the law. It would serve as a deterrent. It is not that this person is working for one person and because of that he or she has to go scot free. So, it should be the normal persecution.”

On his part, Dr. Dokun Adedeji, Director General, Christ Against Drug Abuse Ministry, CADAM, also said the church must realise that they have a big responsibility in ensuring that the youth do not pose danger to the election.

“I think the church must realise that they have a big responsibility in the sense that they are the ones who see a lot more people at a go. They need to inculcate into society the reality of the value system which will help the young people in making informed decisions on the use of drugs because if we don’t, we will lose our young people and in the forthcoming election they will be used as thugs and discarded thereafter.

“I enjoin the religious bodies to get involved in this war of raising awareness on drug use. I advise the young people not to be used by politicians. They should ask the politicians where their own children are, and why their children won’t join them to take some of those things to go and be involved in such. They must begin to know that their future belongs to them. So, it is up to them to make choices about the decisions they make.”