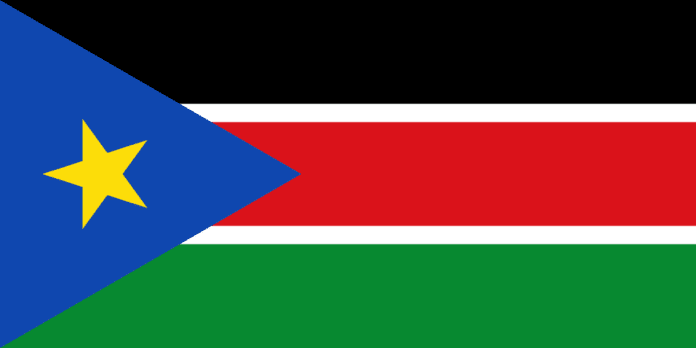 Two thirds of South Sudan’s 11.38 million population are at risk of hunger.

United Nations warned of this in a joint report issued today by its Food and Agriculture Organization, the UN children’s fund UNICEF and the World Food Programme. 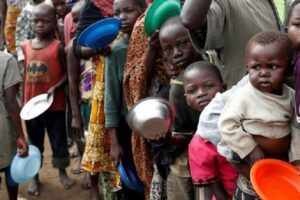 Cross-section of children in South-Sudan.

The report said the proportion of people facing high levels of food insecurity and malnourishment “is at the highest level ever” – surpassing levels seen even during the conflict in 2013 and 2016.

“Hunger and malnutrition are on the rise across the flood, drought, and conflict-affected areas of South Sudan, with some communities likely to face starvation if humanitarian assistance is not sustained and climate adaptation measures are not scaled-up,” it said.

Consequently, 7.76 million people are likely to face acute food insecurity during the April-July 2023 lean season, while 1.4 million children will be malnourished.

The report attributed the development to a combination of conflict, poor macroeconomic conditions, extreme climate events, and spiralling costs of food and fuel as well as a decline in funding for humanitarian programmes.

A statement by the Acting Country Director for WFP in South Sudan, Makena Walker, said “We’ve been in famine prevention mode all year and have staved off the worst outcomes, but this is not enough.”

According to Walker, “South Sudan is on the frontlines of the climate crisis and day in, day out families are losing their homes, cattle, fields and hope to extreme weather”.

The Acting Country Director for WFP in South Sudan therefore called for humanitarian food assistance, noting that millions more will find themselves in an increasingly dire situation, as they are unable to provide even the most basic food for their families.

South Sudan, one of the world’s poorest nations, has spent more than half of its life as a nation at war, with nearly 400,000 people dying during a five-year civil war that ended in 2018.

The world’s youngest country has grappled with deadly conflict, natural disasters, economic malaise and relentless political infighting since it won independence from Sudan in 2011.

Recall that Famine was declared in South Sudan in 2017 in Leer and Mayendit counties in Unity State, areas that have been a flashpoint for violence.